New variant of the virus: a concerning mutant 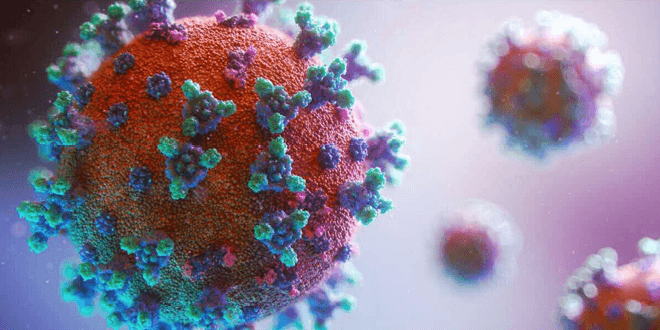 After the recent announcement that British scientists have identified a new variant of Sars-Cov2 which is potentially more contagious, concern is growing amongst the international community. New variant of the virus – a concerning mutant: explanation.

What do we know about this new variant?

Mutations in RNA* viruses are frequent and constitute a means for the pathogenic agents to evolve. Thousands of these mutations have already been described since January 2020. They are even more frequent when the genome is long. Yet, Sars-Cov2 is the RNA virus with the longest genome, which is why it is more likely to mutate. This data must also be put in perspective with the Sars-Cov2’s capacity to be able to repair, to a certain extent, its transcription errors, unlike other RNA viruses.

*RNA viruses are viruses of which the genome is compose of RNA and not DNA.

62% of new infections in London are due to this variant, which could mean that it has a selective advantage compared to other variants, such as a superior contagiousness

Is a reinfection by a mutated virus realistic? Will these mutations decrease the vaccine protection to the point that it is completely inefficient? This is why the whole of the scientific community watches this new mutant very closely. Other mutants have been identified – for instance in South Africa, where one of them would be responsible of an unprecedented wave that is hitting the country.

This sanitary crisis has showed up from the start that it is important to show humility, and that the certainties of today will be the mistakes of tomorrow.

Why is the variant more concerning than thousand of other existing mutants? It is the first time that a mutant presents this many mutations at the same time and on proteins that are essential in the physiopathology of the virus.

‍Can it be detected via specific tests? Not usually: this would necessitate an entire sequencing of the genome, an analysis that is only executed in research laboratories. However, with certain reactants of the PCR, the mutant shows a particular positive profile that can indicate its presence.

‍If I am infected with the mutant, will my PCR test be positive? Yes, the diagnosis does not change: the genome of the mutant will be detected by PCR tests because the reactants are always searching for several genes of the virus. Some reactants will show a particular profile, but if the mutant has infected you, the PCR tests will remain positive.

‍Is this mutant more dangerous? So far, no scientific data allows confirming an increased dangerousness of the virus. However, the probability that it is more contagious via a bigger affinity of its spike protein with its target and that it leads to a different immune response are very high. This is why the entire scientific community watches it closely.

‍Will the new vaccine be efficient against this new mutant? Right now, there is no certainty. However, the immune responses are complex and often lead to several antibodies to respond. Furthermore, the mutation only concerns a small part of the spike protein, so the probability that the vaccine’s efficiency will be reduce remains very low.

‍Can the patients who already have been infected by Sars-Cov2 get infected again because of the new variant? So far, there is no proof that you can get infected again if you have been before. However, these mutations are also observed in the case of chronic infections, where they can alter the virus’ capacity to be spotted by the antibodies. This point needs to be cleared by scientific teams.

This variant is noticeable by the number of mutations that have appeared at the same time and on regions of its genome that are essential to its physiopathology.
23 mutations in total = 14 mutations, 3 deletions, and 6 silent mutations

Several mutations are particularly concerning since they affect the spike protein: indeed, it is this protein which is responsible for the entry of the virus in targeted cells. It is also this protein which induces the synthesis of principal neutralizing antibodies (the protective antibodies that allow not to be reinfected). Finally, it is this same protein which is used in a majority of candidate vaccines, including via the vaccines RNA messengers. Although, so far, there exists no proof of important alterations on the S protein to decrease the immune responses or the vaccines’ efficiency, scientist and doctors are closely watching this mutant.

This mutation modifies the capacity of the virus to enter the cell. Considering the speed of the virus’ spread, it seems that this affinity alteration unfortunately increased. This point is yet to be demonstrated by measuring the infection capacity in the cell culture of a live mutant virus.

Here, again, the mutation affects an essential mechanism in the process of entry of the virus in the cell. It is the first time that researchers find in the same virus these two mutations.

This deletion has already been found in patients in the context of an exhaust immune system during immunotherapy by anti-Sars-Cov2 antibodies.

This region of the genome is also one of the 3 targets of certain PCR reactants such as the thermofisher reactant. In this case, the 3 targets that are searched are the n, orf1 and spike genes. In the case of this variant, the results will be positive only on the n and orf1 genes and negative on the spike. This will not impact the final result: with 2 positive target, the diagnosis is reached. However, this profile must show suspicion of the presence of this variant.

Will these mutations impact the immunitary response?

In other terms, will the neutralizing antibodies obtained after an infection or a vaccination be able to neutralize this variant with the same efficiency? Although there is still no data on the subject, scientists evaluate, seeing the amount of simultaneous mutations, and on key regions of the genome, that the probability of an impact on immunitary response is high.

Furthermore, we know that coronaviruses are viruses that have, progressively with their mutation and evolution, a high capacity to escape the immunitary system. However, the immunitary responses are “polyclonal”, and often affect several targets of the virus, allowing its efficiency despite the mutations on a target.

Staying informed in the best way to stay safe. Find out about Antigen tests here.

For your RT-PCR test with results within 24hrs, do your online check in here and walk in one of our centres whenever suits you.

You can find the nearest centre here.

LFTs VS PCRs in the battle for COVID 19 diagnosis

What is long COVID and how do i know if i have it?

Time to pick up the mask again after the emergence of new variants?